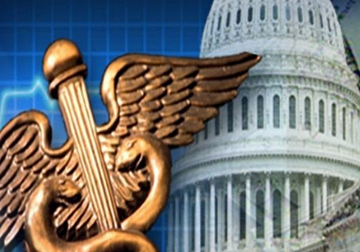 The one message that is consistent between Republicans and Democrats is that the issue of healthcare is “complicated”. The truth is it is complicated, but perhaps not as complicated as they would like us to believe.

This article will attempt to breakdown the issues behind providing adequate healthcare to all so that We The People are in a better position to hold all of our representatives accountable for their actions or, more than likely, inaction.

The first thing we need to understand is the business of insurance; think about auto insurance to start. Your insurer charges you a fee based on your personal risk assessment. They know from historical data how many people will have accidents or experience theft in a particular area and they will ask you how far you drive each day. If you are a bad driver, with prior accidents or moving violations, you will be considered a high risk. In the end, your rate will be based upon the likely-hood that you will file a claim over a particular period. They increase the rates of the high risk individuals rather than spread the cost to their entire customer base. This enables them to offer more competitive rates to the good drivers; the ones they want as customers. What would happen to your car insurance rates if your insurance company was not allowed to do this and they were forced to charge everyone the same regardless of risk?

Let’s take this a step further, what if 40% of their customers had accidents each and every year and they could neither drop them or charge them more? In such an example, their service is no longer about risk, it is about facilitating payments for repetitive claims and spreading these costs across a particular population. To do this they must collect enough to cover the claims as well the cost of administration. If you think this sounds more like taxation than insurance, you are correct with one exception, unlike the government, the companies distributing the money are “for-profit“. This is the basic principal behind “Managed Care“, a concept that has been around since Nixon signed the Health Maintenance Organization Act of 1973. By the way, the purpose of this law was to try to reign in the rising cost of healthcare nearly 45 years ago. Managed Care companies control costs, as well as increase profits, by getting groups of healthcare providers to agree to standardize their costs. In return they are able to service the members of the Managed Care companies.

Of course we do not require auto insurance companies to fix premiums or accept high-risk customers if they do not want to. After all, auto insurance is a highly competitive business facilitated by the private sector. Besides this, driving has always been considered a “privilege” not a “right”. But when it comes to peoples health, the game clearly changes.

Let’s go back to my example of drivers having accidents each end every year, “chronic-crashers” if you will. What the Affordable Care Act (ACA), better known as Obamacare, was intended to do was to have the private sector facilitate a “universal healthcare” system. This system would more or less spread the total cost of people’s healthcare evenly to all, including those with chronic conditions. The ACA was actually a well thought out plan to accomplish the goal of affordable healthcare-for-all without dismantling the current health insurance industry which employs approximately 500,000 Americans.

The problem is that to make the numbers work, every single person would need to participate, especially the young and healthy. So the ACA intended to coerce the “indestructible” 20-somethings into playing along by fining them if they didn’t acquire a policy. Over time this fine grows to between $700 and $2,000 depending on annual income. The problem is the average insurance policy for a single 20-something would likely cost them 2 to 4 times what the fine would be. In addition to this, they know if they do happened to get seriously ill or injured, they could go to any emergency room and could not be denied care. I said it was a “well thought out plan”, I didn’t say it was a good one.

Let’s say for a moment that no one challenged the constitutionality of forcing all Americans to purchase health insurance and all the young indestructibles played along. There would still be millions who could not afford the premiums. The ACA attempted to tackle this in 2 ways; it subsidized insurance plans that participated in state-run exchanges and it mandated the expansion of all state-run Medicaid systems, once again through Federal subsidies. Although the courts upheld the fines for not purchasing health coverage, in 2012 they ruled that the latter was unconstitutional, so the intended state expansion of Medicaid under the ACA, in effect, became voluntary.

I threw out a number of 40% during my “what if” analogy  involving auto insurance and chronic crashers. Clearly 40% of the population does not suffer from chronic conditions, right? Well according to a report by the National Health Council, about 41.5% of Americans (133 million) suffered from some kind of chronic disease in 2015 and this is expect to grow to nearly 49% by 2025.  These conditions, which include heart disease, stroke, cancer, type 2 diabetes, obesity, and arthritis, have one thing in common, high costs for disease management. In fact, according a report by the Center of Disease Control, about 90% of all healthcare spending in 2010 was contributed to people with one or more chronic conditions.

Before we go on, let’s take a moment to look at the types of healthcare. A friend of mine, who I consider one the smartest people I know, broke it down for me into 3 buckets; Retail Services, Chronic Care, and Catastrophic Treatment. Under this model, the 3 types of care would be defined as follows; Retail Services include all types of preventative care and the diagnosis and treatment of minor and temporary illnesses and injuries, Chronic Care is the management of long-term illness or injury including complications derived thereof, Catastrophic Treatment deals with major injuries and illnesses requiring extraordinary services typically delivered through hospitals or similar specialized facilities. This model is not an entirely new concept, those old enough may remember that Blue Cross and Blue Shield were developed as separate coverage; Blue Cross covered hospital services while Blue Shield covered physician services.

Getting there is not as impossible as it may it sound. The first thing we need to accept is that we ARE going to have to pay for the cost of OTHER people’s chronic conditions as well as our own. Keep in mind that statistics show that nearly half of your family members will be effected with some kind of chronic condition. These costs are both predictable and measurable, and if grouped together, controllable. The larger the group, the more manageable these costs will be. So what is the best way to bring all people with chronic conditions under one umbrella?

If you guessed Medicare you would be right. Some have suggested expanding Medicare by lowering the age of eligibility. Since many chronic conditions onset with age, this would take some of the burden on the health insurance industry. However the result would hardly be transformative and would likely just increase the bottom line of health insurance companies with minimal if any reductions in premiums. As alternative, why not expand Medicare based on condition instead of age? Let’s call it Medicare Plus. The resulting group would likely add another 75 million people to the 55 million members of Medicare today. Current Medicare members include about 45 million who are 65 and older and another 10 million under 65 who are disabled. The new members would be people suffering from chronic conditions but are still employed and since they are still employed, they would able to contribute to their costs at rates which would be determined by their personal income. Employers who offer benefits would be able to participate the same way as they do with private insurers as Medicare Plus would coexist in our employer-based health benefit system. The ACA’s health insurance exchanges would also include the Medicare Plus option.

How does Medicare control their spend? Same way as Managed Care companies, standardized costs for routine services procedures for Part A & B and drug formularies for Part D. The difference is that the government does not have to negotiate with physicians to create a vast network to compete with other insurers for customers. Medicare has a guaranteed client base which is the largest single group in the country. An expansion such as outlined in my Medicare Plus model above, would mean that Medicare and Medicare Plus would encompass about 50% of the countries population, up from the 15% it covers today. The idea that people would not be able to get care because thousands of doctors would not accept Medicare is not plausible at that scale; the power shifts to the patients. The idea that thousands of doctors would leave the U.S. to receive higher compensation elsewhere is also not plausible; we are about the last developed country that does not have some kind of government-run, universal healthcare as the foundation of their healthcare system.

The Health Insurance companies would scramble to find ways to attract the healthy 50% of our population by offering lower rates and Retail Services such as Preventative Care; regular check-ups, discounts on medicines and gym memberships. It would behoove them to take an interest in their members’ health to identify and treat issues before they become serious and to diagnose chronic illnesses early so they can start the process of moving those members to Medicare Plus. They could also create innovative products to supplement the Managed Care services provided by the government. In the end, the revenue in the private sector would go down as they would not be paying as many claims, but the impact on jobs would not be proportionate; at least not for the companies who are able to bring innovative new products to market. Keep in mind, Medicare Plus would only cover the care the individuals Chronic Conditions and complication derived thereof. They would need a supplement plan to cover the Retail Services and Catastrophic Treatment parts of their healthcare needs.

Would it be a big change? Absolutely, but if implemented properly is could provide at least basic healthcare to every single American and accomplish what 45 years of failed legislation was unable to do: reduce the cost of healthcare. Will our taxes go up? Probably, but not nearly as much as our premiums will go down. Everyone will pay what they can afford and the burden that has been placed on U.S. industry through our employer-based system will finally be lifted. This will create jobs in many sectors and make America more competitive globally. In the end, isn’t that what will solve all of our problems?