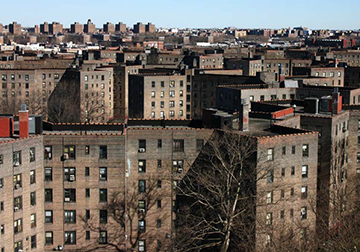 Like him or hate him, Donald Trump is putting a spotlight on the failures of the status quo. The most gleaming is the continued degradation of our inner city communities. Democrats claim we need to provide more money for social programs and Republicans claim we need that these same programs have created a generation of people that do not want to work. Both are wrong.

Social programs such as rent control (caps) and welfare have enable people to remain in cities where working class jobs have long-since disappeared. Perhaps if we had instituted rent caps for factories in these cities, the people living there would have a place to work today. But that didn’t happen.

Today the problem is deeper because generations have passed in these neighborhoods without a functional economy for the people that live there. They have turned to a black market economy comprised of drugs, guns, prostitution, fencing and God knows what else. Even if we provided incentives for corporations to open factories in such neighbors, how would we convince the residents that a 10-hour day for minimum wage is better than the black market options available to them today?

The first thing we need to acknowledge is that this is not about race, it is about social class. Inner city violence is a byproduct of black market activity. In the days of Al Capone, was it African-Americans or Latinos shooting each other with Tommy Guns? Of course not, it was mostly the Italians and Irish, the lower-class immigrants who found the black market for liquor far more enticing than the soup lines of the Great Depression era. Then as today, black markets bring illegal immigrants to the U.S. to engage in criminal activity and these are the ones we are mostly concerned about. So how do we stop the violence in our inner cities, the needless killings whether it be by police or citizens? Stop treating the symptoms and cure the disease. And that disease is called poverty.

The fact is that social programs do not cure the disease, they only treat the symptoms. We need to find ways to create attractive jobs that people will embrace while systematically eliminating the black markets; you cannot achieve one without doing the other. If the jobs cannot be created in the cities, we need to bring the people to where the jobs are. This was common practice during the industrial revolution where businesses, banks and governments collaborated to create communities where the working class would live; little pink houses for you and me. The difference between subsidized housing then, and subsidized housing now? Back then, we created the jobs first and then created homes that the working class could afford to buy for themselves. Compare this to the housing projects of the last several decades: 10 Infamous Housing Projects In America. Another misconception is that this is just about minority communities, just ask folks that live in so many (mostly White), urban and rural communities throughout Appalachia and they will tell you differently.

For generations, families in America were proud to work in steel mills, automotive plants and the like. Over the past 50 years, proponents of globalization tried to convince Americans that we were somehow above this, and as corporations moved factories outside of our borders in search of greater profits, people began to believe it. However, simply making imported goods more expensive by raising tariffs will only increase the burden on the working class. Businesses, governments and unions need to come together to create environments in factories that are compatible with Western culture in the 21st century. Through this exercise we will learn what products can and should be made here (solar panels and wind turbines are not going to cut it) and what should be made elsewhere. Then and only then can we structure trade pacts that are truly beneficial to all countries who participate.

It may seem as if I just keep changing topics as I go along, but all of these issues are connected. Violence, poverty, racism, immigration, drugs, globalization all pieces of the same puzzle and should be addressed as such. What is true is that status quo politics have failed us, not only in America but across the world. The sad part though, no matter who we elect as President, there are 535 members of Congress to ensure that little if any progress will be made over the next 4 years. It is time to start the right conversation in America.