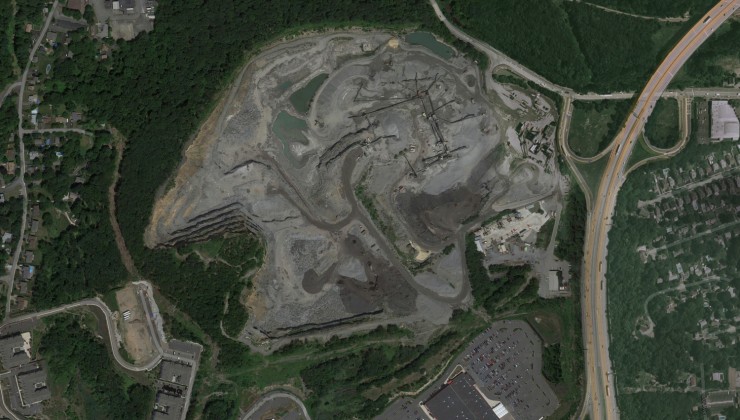 At the June 25th Council Meeting, Dave Desai requested that the Council form a special committee to compile and address all of the residents’ concerns over Tilcon’s quarry operations in Riverdale ahead of their license renewal. Councilman Vinnie Pellegrini complied with the request at the July 7th meeting and was joined by Councilmen Brad Clinton and Gary Mastrangelo. Desai and fellow resident, Sandra Wolf, were also invited to participate by Pellegrini.

On July 30th, the Committee met for the first time to review all of the information compiled by Desai and Wolf and draft a strategy going forward. Pellegrini and Clinton were in attendance, Mayor Budesheim was also invited but decided not to participate when he learned that Desai was part of the committee.

On September 9th, the Committee, this time joined by Councilman Paul Carelli, was finally able to meet with Borough Engineer Paul Darmofalski and Borough Attorney Robert Oostdyk. The meeting was described by those that attended as very productive and lead to a formalized list of requests and discussion points for a meeting with Tilcon’s management team and attorney.

The Committee, along with Darmofalski and Oostdyk met with Tilcon at Borough Hall on September 23rd. Tilcon came prepared with a slide presentation addressing nearly everything put forth by the committee in advance of the meeting. After about 1 1/2 hours of discussion, it was decided that they should meet again with the presence of Vibra-Tech; the vibration consulting company hired by Tilcon to monitor and record all seismic readings from blasting at the quarry.

This meeting took place on Tuesday, October 20th, at Borough Hall. According to Desai, the representative from Vibratech reviewed the processes and procedures for recording blasting events at the quarry. He also explained to the group how the state limits were established and by whom. Desai described the presentation as “extremely informative”.

A public presentation is tentatively scheduled at Borough Hall on Monday, November 16th. Desai did not want to elaborate on everything that was agreed upon as Tilcon and the Quarry Committee are working on a detailed presentation for Riverdale residents. Here are some of the things that Desai said we can expect to be addressed.

One of the most important outcomes of the negotiations was perhaps Annual Performance Reviews. In accordance with the terms of a 2003 court-ordered settlement, 2015 marked the 3rd leg of an 18-year agreement that calls for license renewals every 6 years. According to Desai, Tilcon voluntarily agreed to an annual public meeting to assess whether the quality-of-life measures agreed upon have been effective, and if not, what more can be done.

Desai, a candidate for Borough Council in the November 3rd election, went on to say “The Quarry Committee is an example of what we envision as the new norm. Our residents are our biggest asset and tapping their expertise is the road to better governance.”

Eye of Riverdale will confirm the date and time of the upcoming presentation as soon as it is confirmed.