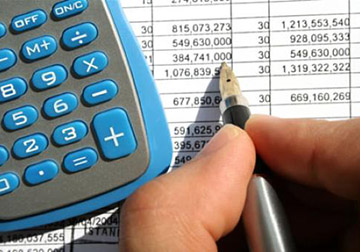 At the February 10th Workshop Meeting, Mayor Carelli shared property assessment data with the Council and public in attendance. In 2015, tax appeals and reclassification of properties resulted in reductions in assessed value of both commercial and residential properties totaling over $24.4 million dollars. While increases amounted to only $1.2 million.

What does this mean for the borough? A net decrease in tax revenue of $147,457 for 2016. The 3 biggest tax reductions came from Riverdale Crossing (Walmart, Best Buy) $58k , The Grande at Riverdale (553 units) $61k, and the Albanian Associated Fund (Mosque on Riverdale Road) $19k, which combined accounted for $139k for the $147k decrease.

After the meeting, EOR spoke with newly appointed Finance Chair, Dave Desai.  Councilman Desai put it in perspective “This decrease represents nearly 3% of our 2015 Municipal Tax levy. We’ll just have to see how tight our belts will go.” During the meeting he stated that they had nearly everything they needed and he and Councilman Garrett Astarita would be meeting with the Mayor and CFO to start process. The 2016 municipal budget is scheduled to be introduced at the March 23rd meeting.