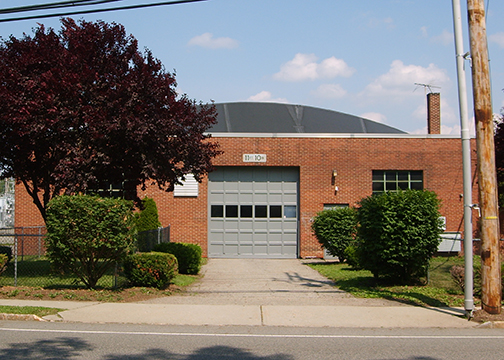 Perhaps the single most important concern of the 566 independent municipalities in New Jersey is the impact of the Fair Housing Act of 1985 (FHA). The Council on Affordable Housing (COAH) is an government agency created by the FHA to create guidelines and assist municipalities in complying with the law by defining their present and future obligations to make available affordable housing to low and moderate income families.  If you are not sure what COAH does and how it effects Riverdale, you are not alone. In fact, according to a poll conducted by Fairleigh Dickinson University in 2009, 75% of NJ voters new little or nothing about the FHA or COAH.

There are 3 parties affected by this legislation:

To better understand how each of these parties are affected, let’s start with a little history.

The FHA was a direct response by the NJ Legislature to 2 landmark cases in NJ that have come to be known as Mount Laurel I (1975) and Mount Laurel II (1983); findings by the courts in these cases have collectively become known as the Mount Laurel Doctrine.  Both cases involved the South Burlington County NAACP vs. Mount Laurel Township in which the NAACP purported that Mount Laurel was engaging in discriminatory zoning practices that violated the NJ Constitution.  In other words, the NAACP claimed that Mount Laurel was using zoning laws to make living there unaffordable to low income families, the majority of which were African American.  In both cases, the NJ Supreme Court ruled in favor of the NAACP.

After Mount Laurel II the Supreme Court created 3 special courts across the state to rule on cases involving affordable housing. Such cases, then and today, were usually brought about by commercial builders looking to develop housing that did not conform with a town’s zoning laws.  These cases became known as “builder’s remedy lawsuits” in which a builder requests the court to order a town to revise zoning on a particular site on the basis that the town has failed to meet their affordable housing quota.  Advocates praised the action of the courts as triumph for affirmative action. Objectors viewed their actions as “judicial activism” and an overstep of authority; by setting up courts to specifically address a prior case precedent, the NJ Judiciary was in a way legislating, something that is reserved for another branch of government (i.e. the NJ Legislature).  Under pressure from municipalities, who were left vulnerable to commercial builders after the Mount Laurel II decision, the NJ Legislature introduced the FHA in 1985.

COAH was assigned the complicated task of converting the spirit of the FHA into numbers of units representing each municipalities “fair share” of affordable housing.  Factors such as projected growth, existing affordable housing and available real estate were to be used to determine current and future needs for each town.  Anticipating changes in the socioeconomic landscape, the methodology for calculating obligations and determining the available means for compliance was to be updated every 6 years.  These revisions became known as “rounds”.  The First Round rules were introduced in 1986 and lasted to 1993, at which time they were replaced by the Second Round rules.  The Second Round rules expired in 1999 to be replaced by the Third Round rules, however due to pressure from municipalities, COAH delayed the release.  In 2002 the New Jersey Builders Association, and the Coalition on Affordable Housing sued to force COAH to release Third Round rules.  After a number of court orders, counter suits and delays, in 2008, COAH finally released new rules.  However, new lawsuits and challenges left both COAH and complying municipalities in limbo. On September 26, 2013, the NJ Supreme Court invalidated the Third Round rules once and for all and ordered COAH to return to the drawing board.  On May 1, 2014 COAH released their Revised Third Round Rules which are currently in a Public Review period.   Barring a court ordered injunction from law suits, which are highly expected by many experts, these rules will go into effect some time this year.

Although COAH makes the rules and establishes quotas, they do not enforce anything.  In fact, participation in COAH’s compliance process is voluntary.  The risk of not participating is a builder’s remedy lawsuit through which the courts will rule based on provisions of the FHA.  Participation involves the submission of a plan for meeting your affordable housing quota over a period of time. COAH will review the plan, validate the data and, if deemed acceptable, approve it.  Although it is not a guarantee, having an approved plan on file with COAH provides a strong defense against an unfavorable ruling in a builder’s remedy lawsuit.

Fortunately Riverdale has had a plan filed with COAH for a number of years.  The caveat here is, the last “accepted” rules issue by COAH (Second Round Rules), expired 15 years ago.  At this time Riverdale does not know what our obligation will be, and therefore, if our plan will be adequate. Mayor Budesheim has supported moving forward with affordable housing projects even though there is no clear direction on our obligation or the criteria for obtaining affordable housing credits, others feel that use of the town’s limited resources without COAH Third Round rules being fully adopted would be irresponsible.  Details on Riverdale’s plan, our COAH Trust fund and specific proposals on the table will be found here as they are acquired by Eye on Riverdale.