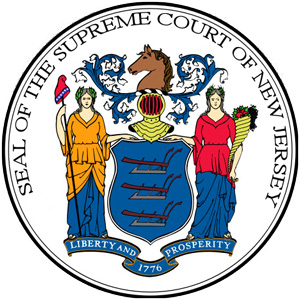 With President Trump’s monopoly on the 24-hour news cycle, it is no wonder why most of us missed the NJ Supreme Court’s ruling on affordable housing on January 18th.

For those who have not been following the fate of the Fair Housing Act of 1985 (FHA) since last year’s demise of NJ’s Council on Affordable Housing (COAH), allow me to bring you up to speed. To do this however, I must first provide a little background.

After 16 years of failed attempts by COAH to implement an affordable housing plan that was satisfactory to both municipalities and special interest groups (Fair Housing Advocates backed by the big Housing Companies), the NJ Supreme Court moved to abolish the ill-fated bureaucracy and take matters into their own hands. This is only fitting since they created the mess in the first place with what has become known as the Mount Laurel Doctrine. This was a series of rulings which many now consider examples of Legislating from the Bench; when a court sets a precedent that is not clearly supported by existing law, forcing the governing body to create new laws to manage the flurry of subsequent lawsuits arising from the court’s decision. You can find a brief history lesson on New Jersey affordable housing right here at COAH & Riverdale.

In taking on the issue of affordable housing, the NJ Supreme Court brought the battle between municipalities and special interest group directly into their courtroom. Each and every municipality had the opportunity to present their plan for affordable housing for approval by the court. Special interest, in turn had the opportunity to challenge each one; and challenge they did. With Riverdale, for example, they presented a figure for new affordable housing that would increase total housing in the Borough by nearly 25%. The fact that there is little if any land available to develop means nothing to them or, apparently, to the Supreme Court. The court has been entertaining outrageous claims by special interest for so long, why stop now?

At the crux of the special interest claims is something that has become known as the “gap period”, the 16 years where COAH was unable to implement guidelines that could dictate affordable housing obligations of individual municipalities. Their claim is that no formula for calculating a municipality’s present and future need can adequately address past need. Sounds logical perhaps on the surface, but if you consider the spirit of the FHA and the Mount Laurel Rulings, it is anything but. The rulings and subsequent law were intended to prohibit municipalities from passing zoning laws that would prevent the people who worked there to “afford” to live there. The amount of affordable housing to be developed in each municipality would be related to the number of low-to-moderate income jobs located within them. In this context, how can “present need” not include “past need”? Are we to build housing “in the past” for people living “in the past” and, if so, would they not be the same people living “in the present”? Believe it or not, the NJ Supreme Court some how did not see the paradox and instead, sided with special interest.

It is important to note that in this latest ruling the high court overturned a decision by a lower court, stating that trial courts need to implement an “expanded definition” of present need. While your at it, why not consider some “alternative facts” when making your rulings.

The reality is, COAH was unable to provide the framework for implementing the FHA because the NJ Supreme Court has never felt that the FHA adequately addressed their intended results of their rulings in the Mount Laurel cases; a clear case of Judicial Activism. What affordable housing advocates want is to leverage the FHA to spread New Jersey low income populations to suburbia; regardless of where they work or if they are employed at all. Clearly poverty, ineffective schools and the lack of employment opportunities in our cities are all real and legitimate issues, but the fact is that the FHA was never intended to address them. Until our Supreme Court acknowledges this, we can expect the endless litigation to continue.